Two firms, Dallas-based Trammell Crow Company and Boston-based Beacon Capital Partners, announced reconfigured plans for next phase of development of Harper Court. The plans include a 13-story tower north of the new Daisy’s Po-Boy and Tavern, 5215 S. Harper Ave., on top of the row of restaurants and retail. 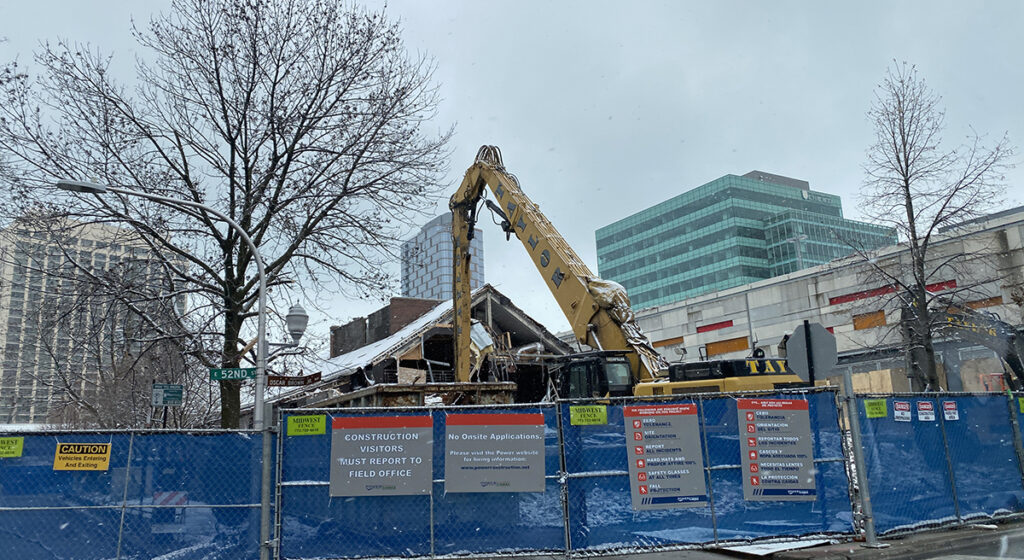 The southeast corner of 52nd and Harper Ave is currently under construction with minor impact to sidewalks and streets surrounding the former Park 52 restaurant building.

Developers plan to start building 300,000-square-foot Harper Court Phase II this month, with construction expected to finish by the middle of next year.

The tower project is set to be a life sciences and advanced technology hub; the University of Chicago plans to lease a portion of its space for its quantum, life and data science initiatives, including science and technology company incubation. Nine floors will contain laboratories and heavy technological infrastructure.

For the current Harper Court structure, the University of Chicago is the master tenant and McCaffery manages property and the retail tenants. The new construction will be owned and managed by Trammell Crow and Beacon.